Youth unemployment, especially in southern European countries, remains unbearably high. At the same time, just there the opportunities for a climate-friendly transformation of energy systems are very promising. The conditions there are excellent for the use of sun and often ideal for the use of wind. There is considerable scope for efficient and economical energy use, too.  And energy change is urgent just in the Mediterranean regions, being highly endangered by the global climate crisis. It therefore makes high sense to train young people for climate protection tasks which will be asked for urgently in the near future. They can be offered a  promising professional future instead of being marginalized from work.

At the beginning of 2018, a team from three countries made research in the Spanish province of Cádiz and in Athens to get knowledge on:

The project was financed by the EU Climate Initiative (EUKI) of the German Federal Ministry for Environment.

The most important results of the research are:

Some proposals based on the research: 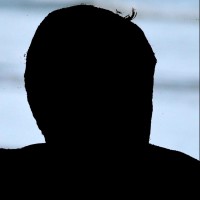